It's been a while since my last post... actually more than a year. Anyway, I finally feel like I should get back to writing.

Last week I came to Berlin to join a tech start-up. Ever since then, I've been exploring the city and from what I've seen it is quite a mixture of opposites like East and West, poor and rich, history and modernism and so on and so on. However, what made me write this post was one little detail of the Berlin lifestyle. It was the fact that you could actually smoke in the bars here. One could practice this rather controversial habit in virtually all the bars that I've visited so far. But, so what...
Well, usually, it wouldn't be a big deal for me, non at all, but there was something interesting happening some 2000 km away from Berlin. Back in my home country, there was a heated discussion about the recently introduced ban on smoking in bars. It was suggested that the ban should be relaxed or something. And the interesting thing was that the non-smokers were saying: "Smoking in bars is forbidden all over Europe, so it should be like that inhere" (you can read some of their comments /in Bulgarian/ here, here and you find plenty of more when you google the topic). Well, it's not like that in Berlin. You can smoke freely in bars here. And as far as I remember, Berlin is still in Europe and actually it is the capital of the biggest economy in Europe.
Now, don't take me wrong, I am not pro-smoking-in-bars person. Actually I am against it as I am a non-smoker myself. What I am trying to say here in this short post is that Bulgarians tend to underestimate and have themselves as inferior to Europeans. Somehow we think that everything is working perfectly in all the other parts of Europe and problems seem to appear only in our country. But this is not completely true.
So, keep calm!

Here is a picture from my camera roll (taken in a Berlin's bar): 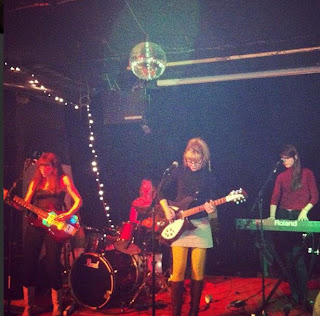 Why do we go to universities?

Frankly, I have no idea. Really, why should we go to universities? Now, I understand the fact that people usually meet their spouses there, but is that enough reason to spend so much money and literally waste so much time? Why bother going to such places? Well, maybe /just maybe/ there is some additional benefit to increasing your chances of finding your life-partner or at least we believe there is. But how do we know there is?

We must be stupid!?

LUCKILY, we are.
In fact, we are stupid enough to waste plenty of money and time for some uncertain, potentially good things we might achieve in the future. Now this may be the worst definition of 'dream' you've ever come across, but this is what it is. Of course, going to university may not be the best way of pursuing a dream, but we never know. After all, as Steve Jobs says: 'you can only connect the dots looking backwards'.
Frankly I got lost in this post...

a yeah...there it is
We go to universities because we are foolish...and thanks God, we are!

And remember, it might be just too early for the dots to be connected....
Posted by Anton at 11:36 AM No comments: